The rhythmic strikes of the NYSE’s brass podium bell have become synonymous with the real-time beat of capitalism, signaling the start and close of trading at the world’s largest stock exchange. For viewers watching live on CNBC and other global TV networks, the famed bell ceremony offers a unique view of the individuals and organizations that drive our world forward.

Yet, every meticulously planned NYSE bell ringing has components that extend well beyond the moments broadcast to the world. They celebrate the achievements that brought these bell ringers to the NYSE and provide them with an experience that many recall for years to come. 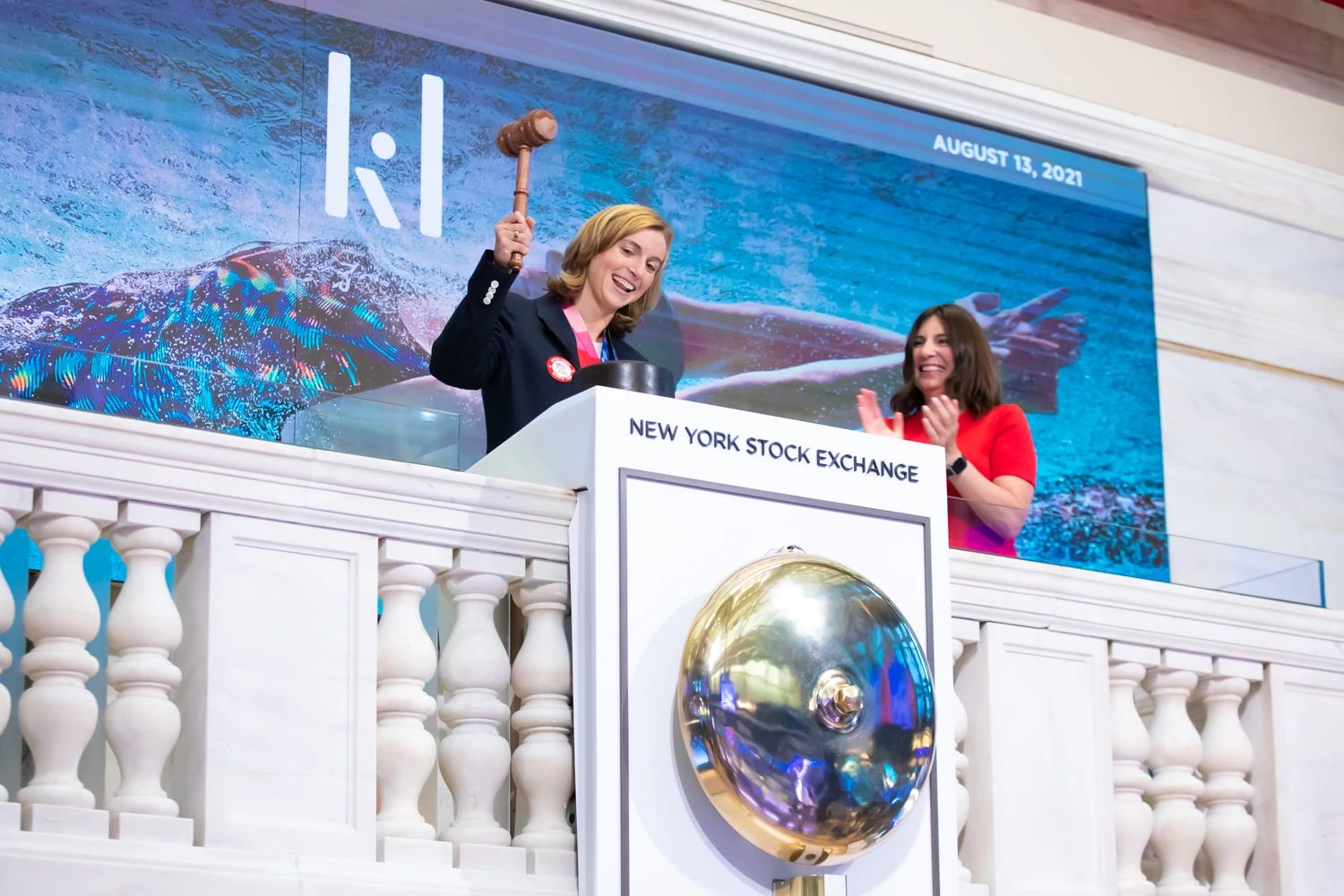 Katie Ledecky strikes the gavel after ringing the closing bell.

“It was so neat to walk onto the floor today and get some cheers and applause. I almost teared up,” 7-time Olympic gold medalist Katie Ledecky said during an on-camera CNBC interview minutes after ringing the closing bell.

Even for those accustomed to the spotlight, the experience is at once thrilling and humbling. The NYSE bell ceremony typically highlights newsworthy and hard-won achievements. While athletes, entertainers and political leaders sometimes ring the bell, the majority of bell ringers are the founders or leaders of companies listed on the exchange, celebrating IPOs or other transactions as well as major corporate milestones. 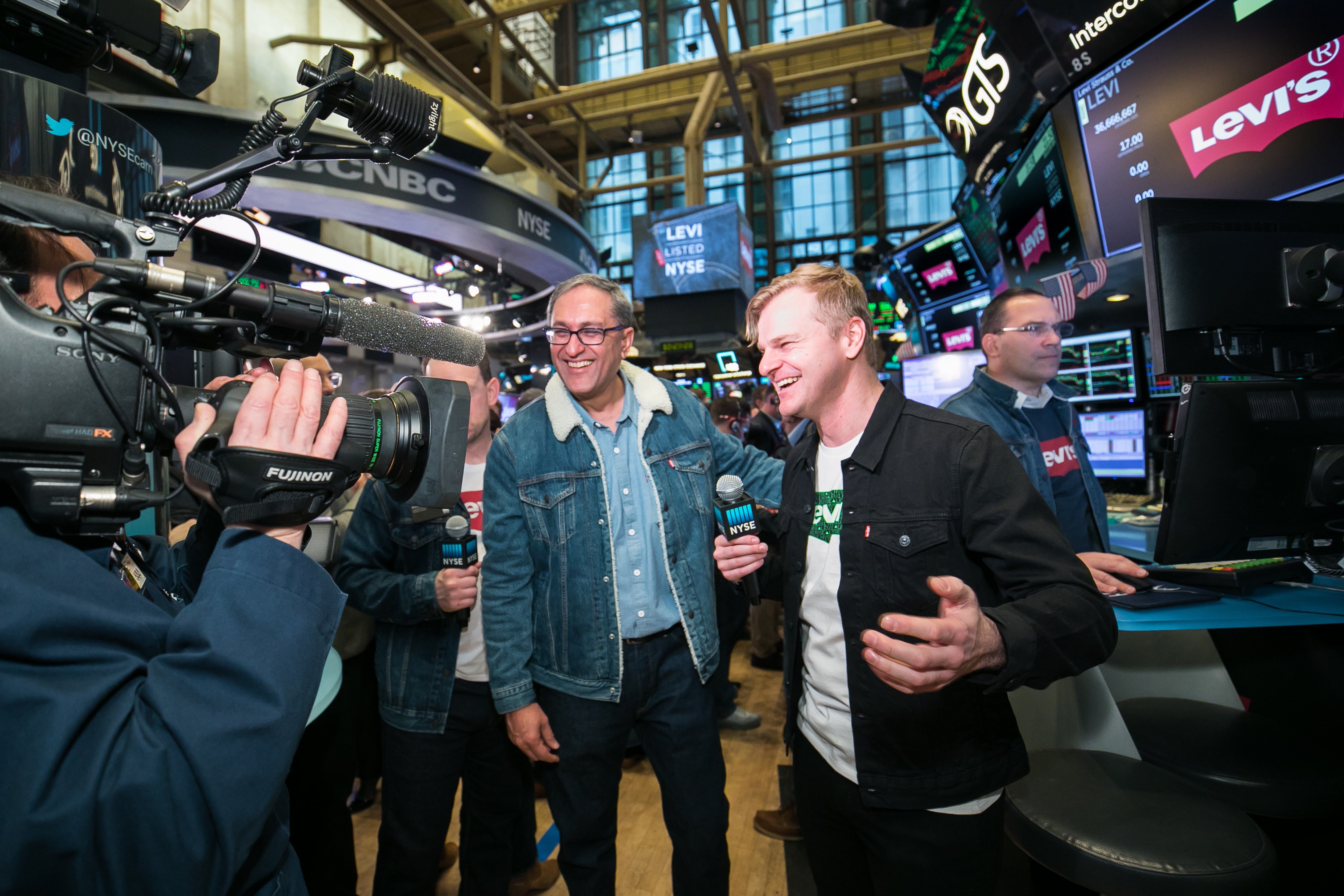 “It’s that stamp of approval, that gold standard,” says the NYSE’s Ryan Green, who has served as on-air host for hundreds of IPO webcasts that capture these moments. “We have a front-row seat for it twice a day, every day.”

Planning for a bell ceremony can begin months in advance and involve numerous NYSE teams. By the time guests begin to arrive, a minute-by-minute run of show has been finalized. The NYSE’s broadcast and multimedia teams have updated signage throughout the building displaying the bell ringer’s name and logo. The area in front of the exchange is often transformed into a street-level celebration promoting the company’s people, products and services.

As the guests and bell ringers file into the NYSE’s Broad Street lobby, they are met by members of the NYSE events team, who escort them up to the exchange’s ornate, sixth-floor Board Room with its gilt-adorned walls, 26-foot skylighted ceiling and enormous three-paneled video screen.

Attendees receive a personalized badge produced at the NYSE and worn throughout their time at the exchange. These badges are modeled after those worn by traders to display their NYSE member numbers, and they become permanent keepsakes of a very special day.

Once situated in the Board Room, bell guests enjoy a few minutes of food and drink while reflecting on their accomplishments. About half an hour before the bell itself, the program begins. The lights in the Board Room dim and an introductory video about the NYSE’s unique role in the global economy plays. Guests hear remarks from an NYSE executive as well as their own bell ringers. When the speeches conclude, the host presents bell ringers with an engraved medallion depicting the buttonwood tree, under which the NYSE was founded, as well as a certificate of listing.

Then, it’s time to move down a bank of elevators to the trading floor, no small task for a crowd that can climb into the hundreds. The NYSE events team has 15 minutes to get it done and makes it look easy. 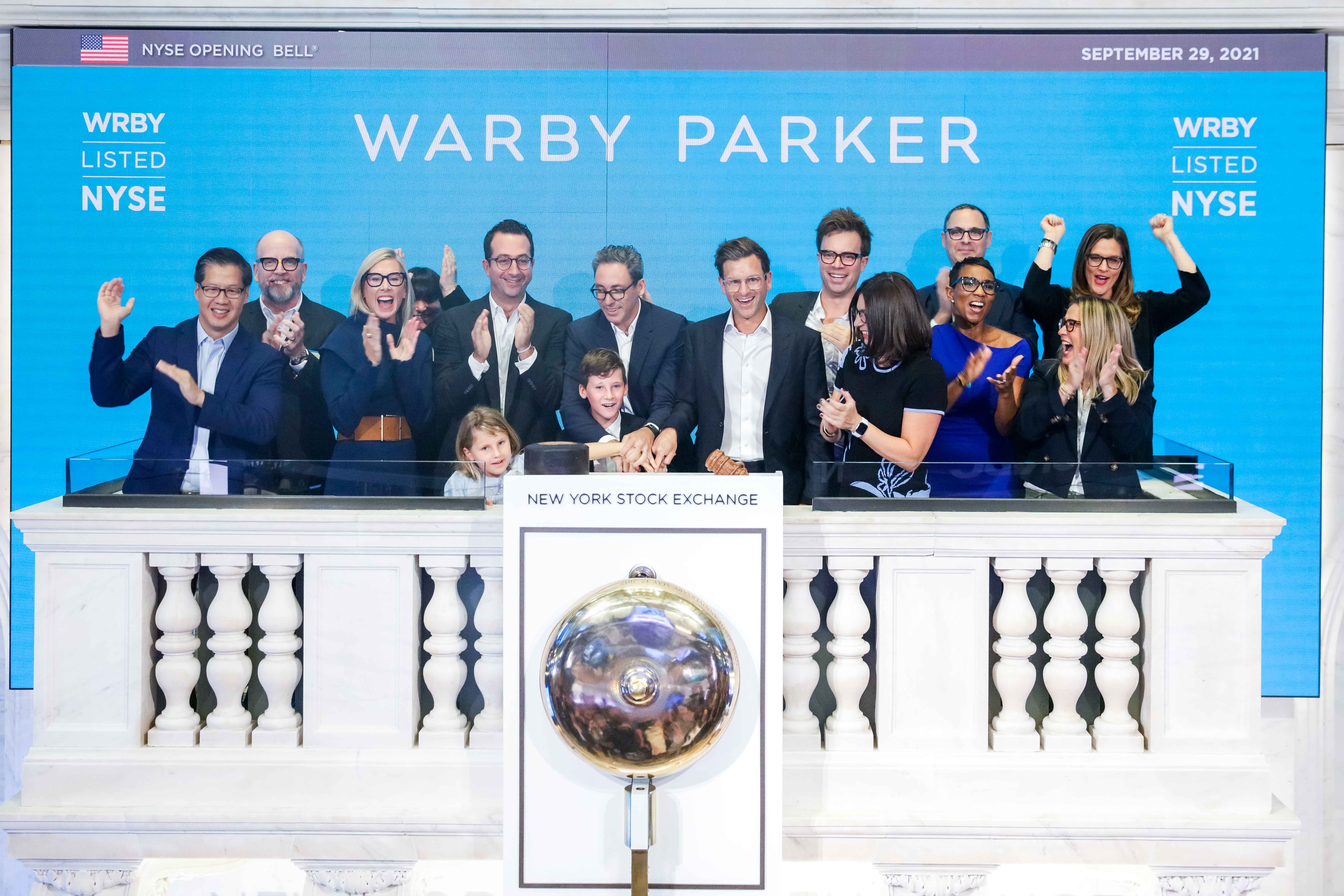 The Warby Parker team on the podium ringing the NYSE opening bell.

“From the time we arrived on Experience Square to the moment we rang the bell, everything ran seamlessly,” says Neil Blumenthal, co-founder and co-CEO of Warby Parker, which went public in September. “We were thrilled to celebrate such a special milestone alongside our team members, board members, and partners. NYSE also made it easy to involve our entire team virtually. It was a day we’ll never forget.”

As trading floor guests file into a marked area that gives them the best view of the bell, ringers and their podium guests take a few moments on the floor to sign the exchange’s distinguished guest book, an honor shared by VIP guests dating back decades. Then, they walk up an enclosed 15-step staircase to the bell podium.

Moving out onto the podium puts the NYSE facilities team’s ingenuity on full display. The video wall immediately behind the podium, which comprises 200 separate LED panels, cleaves in two and then one-half slides to the side. Guests step out onto the podium with a clear view of the trading floor and CNBC studio below. NYSE carpenters have built a small platform to provide a better view for those standing just behind the bell ringers. A subtle red light warns guests of the step down. The light flicks off before the cameras begin to roll.

About 30 seconds out, the crowd below starts cheering. An NYSE executive stands to the bell ringer’s left, providing last-second instructions and support. Exactly 10 seconds before the market opens, or 15 seconds before the close, the iconic bell is activated by pressing an illuminated green button, which must be held until the ring is complete.

NYSE President Stacey Cunningham, a former trader herself, is particularly rigorous about the need for bell ringers to start the bell at the allotted moment, as this provides important cues for those who make their living trading on the floor. On the podium, she explains that there’s a secondary button she can use to start the bell if they aren’t on time.

“That is why I stand right here. It is sort of like skydiving tandem. You are getting a chance to ring the bell. But if you don’t, I will,” she tells them with a smile.

If the bell signals the close of trading, the bell ringer finishes by striking a gavel three times. Legend has it that breaking the gavel with a mighty strike is good luck, and this does occur a few times a year.

After some time for photos, bell ringers are typically off to other activities at the exchange, particularly if they are involved in IPOs or other transactions. By the time they are finished, they’ve shared an experience that places them in elite company that includes presidents, prime ministers, entertainment legends and business visionaries.

What It’s Really Like to Ring the NYSE Bell

Wildfires are raging across the western United States, destroying homes, commercial buildings and entire towns. A nation away, experts at Atlanta-based Intercontinental Exchange, known as ICE, and climate and ESG data provider risQ, headquartered in Boston, work to associated with such potentially disastrous events.