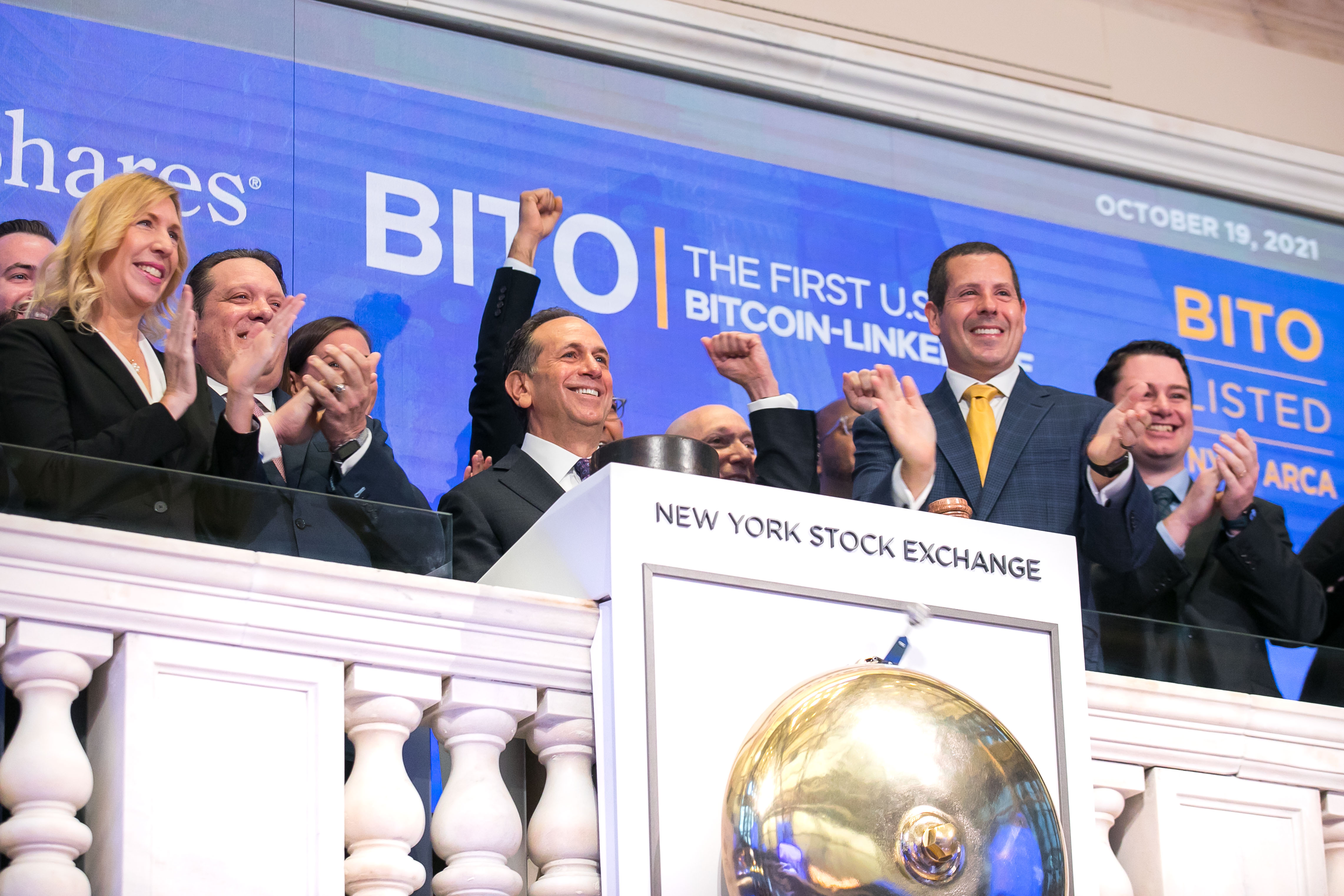 The New York Stock Exchange is known for many things including its historic trading floor, ubiquitous opening and closing bells, and colorful IPOs.

While crisp, fall weather greeted traders and staff early Monday as they entered the NYSE building in lower Manhattan, anticipation was already red hot for the debut of the nation’s first bitcoin-linked ETF. News coverage on the launch of the ProShares Bitcoin Strategy ETF began the week before and had risen to a crescendo. 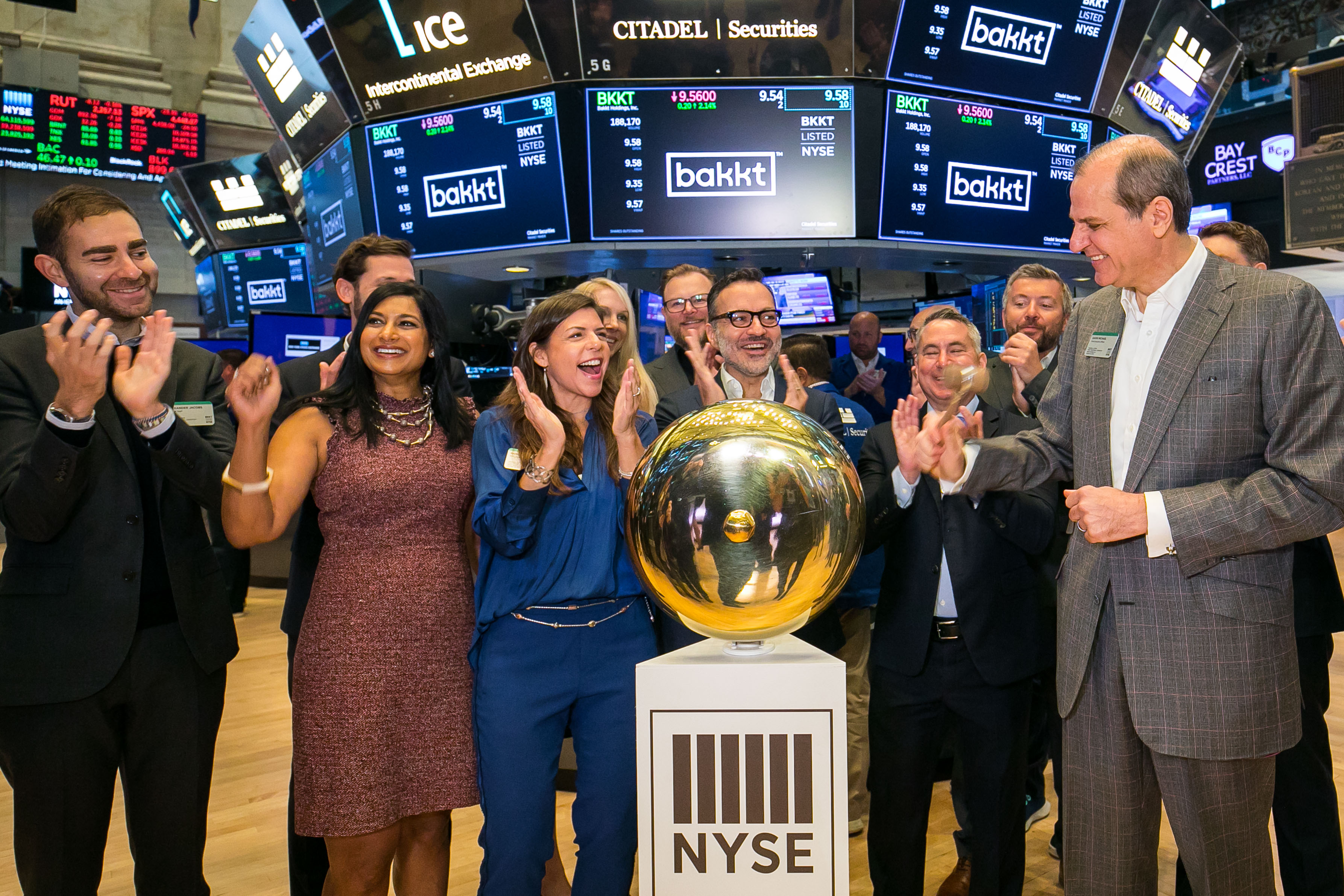 Even before the historic listing, the NYSE trading floor was host to another crypto-focused event. Bakkt, a digital asset platform for consumers, businesses and institutions, made its own market debut Monday with company executives on hand to ring the first trade bell. Bakkt was launched in 2018 by NYSE parent Intercontinental Exchange, so the visit represented something of a full-circle journey for the business.

While there was plenty to see inside the NYSE, outside the exchange a miniature soccer pitch arose from the cobblestones. It was built for an event featuring actor, writer and producer Jason Sudeikis, star of the hit Apple TV+ comedy series Ted Lasso, about an American college football coach hired to manage an English soccer team.

NYSE-listed healthcare provider Abbott and European soccer club Real Madrid put on the event to support children’s health and nutrition. Sudeikis seemed in his element on the green turf, passing the ball to teens from the Real Madrid Foundation’s Social Sports School in New Jersey during a series of shooting drills. 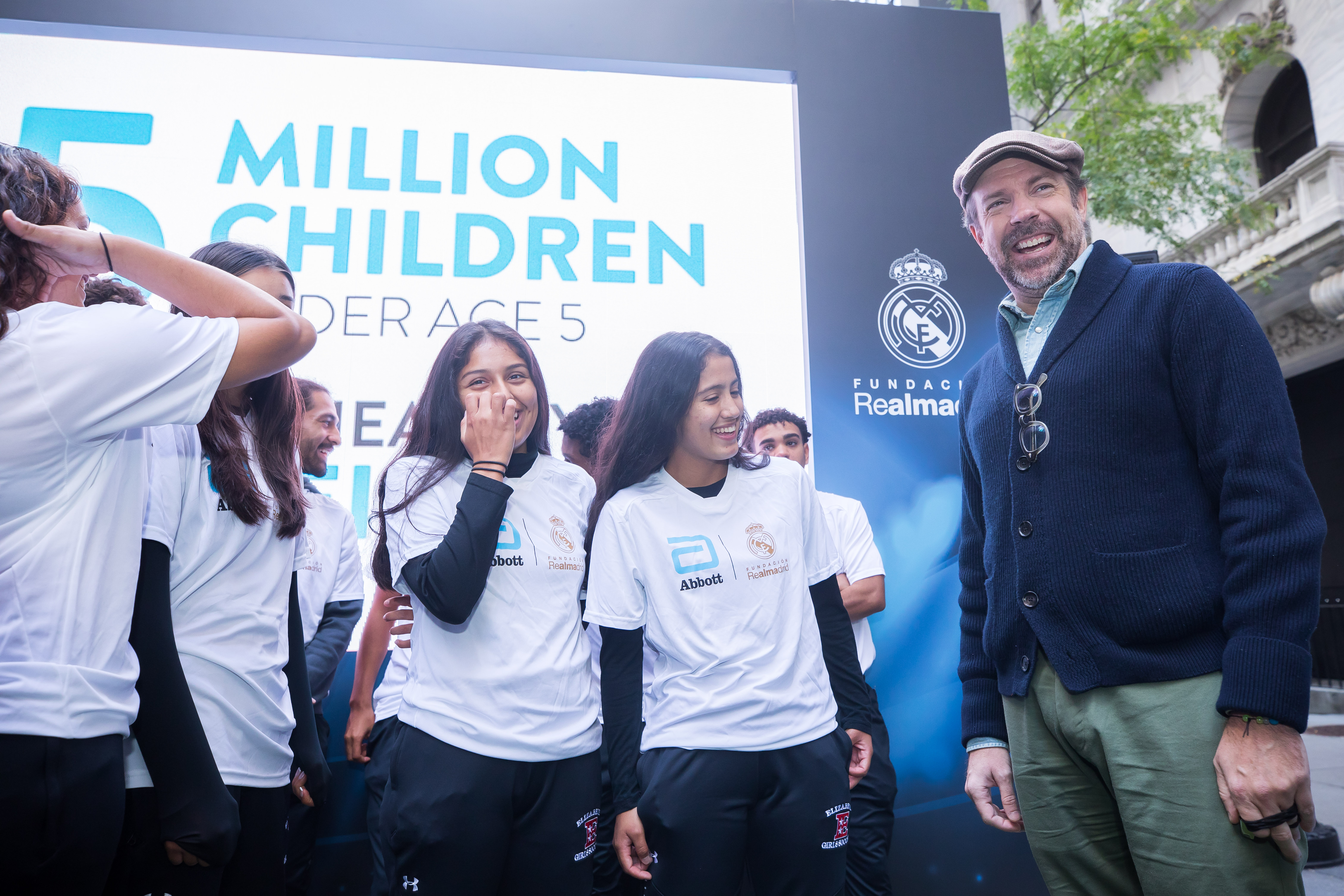 “As long as the fans of Real Madrid don’t think that I’m being hired as a player, or even worse as a coach, then I think everything’s going to be fine,” Sudeikis deadpanned during a video interview with NYSE Floor Talk host Judy Shaw.

As the sun came up Tuesday morning, preparations were well under way for the launch of the ProShares Bitcoin Strategy ETF. Providing exposure to the cryptocurrency through Bitcoin futures, the fund is the first of its kind, and the ProShares team, led by CEO Michael Sapir, traveled to the exchange to ring the opening bell.

“It all has to start somewhere,” Douglas Yones, the exchange’s head of exchange traded products, told the ProShares bell ringers and guests in the ornate NYSE Board Room, where they gathered just prior to the ceremony.

The week’s activities were varied and exciting, both in the building and remote. On Wednesday, for example, the NYSE Board Advisory Council, which focuses on diversity in the boardroom, held a virtual meeting featuring speakers Kenneth Frazier, council member and executive chairman of NYSE-listed pharmaceutical provider Merck, and SEC Commissioner Allison Lee. Since its founding in 2019, the council has set up more than 500 meetings between diverse candidates for board seats and companies looking for directors. 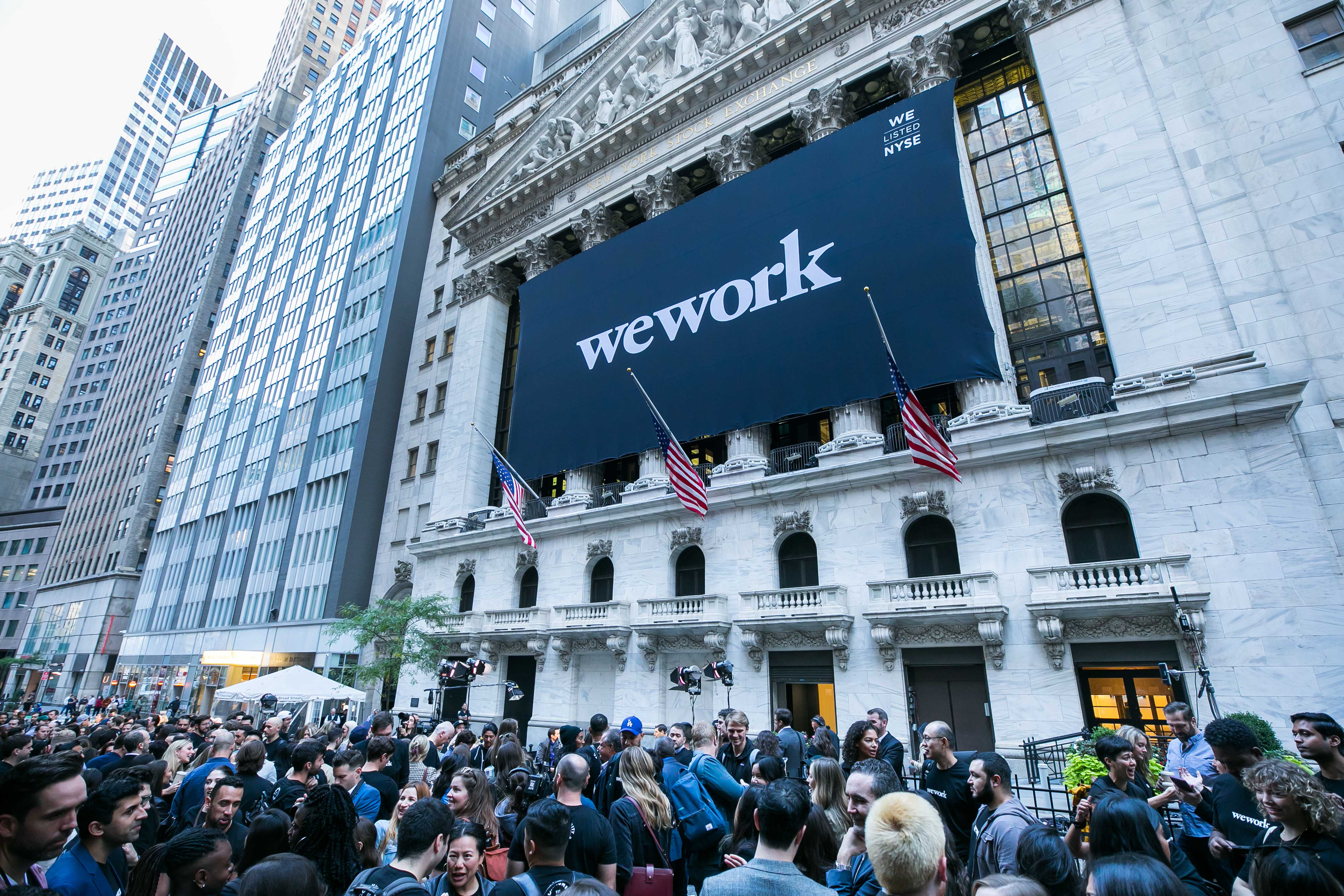 Early Thursday morning, the cobblestones in front of the NYSE were home to another well-attended event. CNBC brought Squawk Box to the NYSE to cover the highly anticipated listing of WeWork, the flexible workspace provider, transforming the space that served as a soccer pitch on Monday into a pop-up TV studio.

Anchor Andrew Ross Sorkin interviewed WeWork CEO Sandeep Mathrani and Executive Chairman Marcelo Claure under portable stage lights as a large crowed looked on and cheered. Sorkin commented on the crowd, as did NYSE President Stacey Cunningham about an hour later in the NYSE Board Room when she welcomed the WeWork team and their guests.

“It was so exciting to hear all of the emotion outside, all of the excitement this morning,” Cunningham told the gathering. “Walking down the street, you could feel the energy.”

Not long after the 9:30 a.m. opening bell, WeWork shares began trading on the NYSE. It was one of five companies to go public on Thursday amid a total of 16 making their public debuts at the exchange this week, extending what is already a record year for new listings.

The week concluded as it began, with crypto front and center at the NYSE. Bakkt was scheduled to ring the closing bell Friday, ending the historic week’s final trading session.