Economic and political uncertainty are the most prevalent drivers of market volatility, which we saw come into play both early and late in 2016. While volatility was relatively low in the third quarter, there have been multiple spikes around noteworthy economic and political events, including uncertainty around Fed interest rates, oil prices, Brexit and, most recently, the U.S. presidential election.

“Around the U.S. presidential election, we saw uncertainty drive swings in global markets overnight before the U.S. markets began a marked recovery," says Rich Barry, NYSE Floor Governor. "We saw a similar chain of events come into play when the UK elected to leave the EU in June 2016; concern around how the decision would impact the global economy led to a volatility spike of more than 40 percent in U.S. equity markets before they evened out. During times of change, the NYSE’s market model, which is differentiated by its human oversight and expertise, becomes particularly valuable to the global marketplace. For example, in the morning following the EU referendum vote, in the five minutes after opening a security, NYSE experienced less than half of the volatility of NASDAQ, where trading opens automatically regardless of market imbalances.” 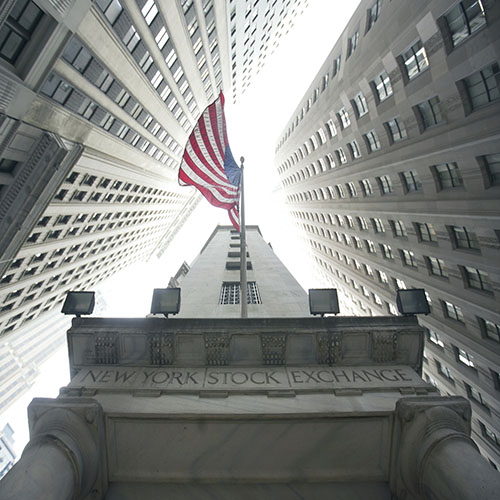 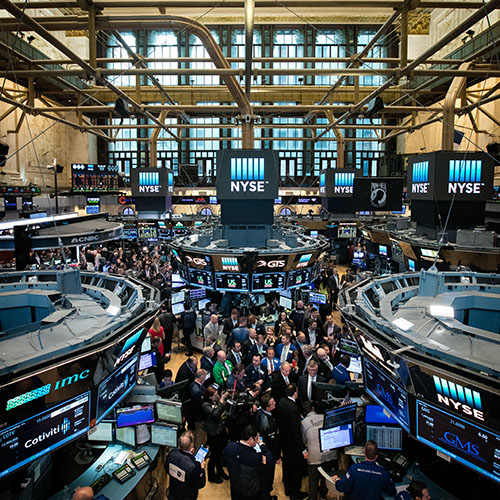 Why the human element is critical during volatility

As financial markets evolved, most global exchanges transitioned to fully electronic models; In contrast, the NYSE has maintained its status as one of the only listings exchanges with an active trading floor. The NYSE applies a unique market model that combines electronic trading technology with human judgment through the efforts of its Designated Market Makers (DMMs). Market makers are responsible for maintaining fair and orderly markets by holding securities to facilitate trading, ensuring there is a buyer for every seller and a seller for every buyer.

As a result, there are less dramatic price movements in the trades that follow, and investors trading NYSE-listed securities are more likely to get a fair and accurate price when trading both in the open and once continuous trading begins. When facilitating the open of trading for NYSE-listed securities, DMMs consistently deliver the best price discovery with 35% less volatility on average at the open and 39% less at the close, when compared to other U.S. exchanges.*

While most equity markets have market makers, the DMMs operating from the floor of the NYSE are the only market makers that have formal requirements to maintain high quality markets for the listed companies in their purview and for investors.

On any given trading day, NYSE DMMs closely monitor the markets, analyzing trading conditions, macroeconomic news and industry-specific intelligence in the securities they’re responsible for and use their own capital to provide liquidity. By deploying capital in critical moments, DMMs can minimize market imbalances, create pricing efficiency and dampen volatility.

DMMs also play a crucial role during the market open and close - the most active times in the trading day. They support NYSE’s unique market opening and closing processes by committing capital to satisfy market orders before continuous trading begins and at the end of the trading day. Their role in this process helps to establish an opening price for each security that is consistent with investor supply and demand. This is accomplished by ensuring that all market orders are executed, in contrast to exchanges with fully automated opening and closing processes.

“The NYSE’s market quality provides a valuable service to the investing public and our network of public companies,” says Barry. “The benefits of our model are particularly highlighted during times of market unrest, as we saw after Brexit and the U.S. presidential election. In both situations, the experienced NYSE Designated Market Makers were ready and able to fulfill their obligations to the market by providing depth, liquidity and accurate price discovery from a centralized point of sale.”

The two case studies below illustrate the impact of NYSE’s market model on opening prices for publicly traded securities during times of market volatility; in both studies, NYSE-listed companies receive significantly more accurate opening prices than companies listed on an all-electronic exchange.

On the evening of the November 8, 2016 presidential election, the markets reacted to the evolving election night events when it became increasingly apparent that Republican candidate Donald Trump’s lead over Democratic nominee Hillary Clinton was expanding. The unexpected turn of events was immediately reflected in global markets as the news developed and was digested people around the world. Overnight, Dow futures tumbled close to 800 points and the S&P 500 dropped 5 percent. Foreign markets also dropped as uncertainty over the future of global trade policies took root. However, by the end of the next trading day, the Dow hit new record highs, demonstrating the resiliency of the markets in processing information in an orderly manner. So what happened in between?

With volatility high in the early hours of U.S. trading the next morning before the markets recalibrated around midday, the NYSE DMMs played a crucial role in opening NYSE-listed securities for trading. There were 81 million shares executed in market open on November 9, which is over two times the normal activity. Despite higher than normal activity, NYSE stocks traded with less volatility compared to an all-electronic exchange – regardless of a stock’s price range or liquidity profile. The data below compares opening prices to the VWAP (volume weighted average price) over a subsequent five-minute period.

In the early hours of Friday, June 24, 2016, the United Kingdom released the results of its European Union (EU) membership referendum, popularly known as Brexit. The vote was in favor of leaving the EU, sparking waves of uncertainty in global capital markets. The result was the single largest market event in more than two years, with U.S. equity market volatility spiking more than 40 percent.

As Americans woke to the news in Europe, the NYSE DMMs were actively preparing for a turbulent day of trading, beginning with the market open. Setting the price during the open is crucial because it represents both a market data reference point as well as a key liquidity event.

The accuracy of an opening price can be measured by comparing the price of the opening trade to the average price over the subsequent five minutes. A smaller price change after the open indicates a more accurate opening price was established.

The chart below demonstrates NYSE’s superior market quality, irrespective of a stock’s price range or trading volume, in achieving accurate opening prices on average days and during the volatility on Friday, June 24, 2016, as compared to similar securities that list on an all-electronic exchange.

In fact, on that day alone, in the five minutes after opening a security, NYSE experienced less than half of the volatility of the all-electronic exchange, making for a smoother trading experience for its clients.

The NYSE provides a valuable service to the investing public and the public companies we serve. The NYSE market model’s unique contribution to market quality is another reason why the NYSE is the premier exchange group and the venue traders and investors look to for stability during times of global economic uncertainty and market stress.

Learn about how our market model works, who the key players are and the benefits it offers

Explore our network, market quality, visibility and other corporate services