SPACs are the talk of the town today but until two years ago, few investors were even familiar with the term “Special Purpose Acquisition Company” (even though SPACs, sometimes thought of as “blank check companies,” have been around since the 1990s).

So what exactly is a SPAC? It is an entity formed via a capital raising on the NYSE (or another exchange). The entity is formed by sponsors with particular expertise for the specific purpose of merging with an existing, typically late-stage, private company. The private company is not known to the SPAC investors or the SPAC sponsors at the time of the IPO. The SPAC typically has two years to find a merger candidate, or it is liquidated. In the meantime, the funds raised by the SPAC generate interest in an account. The event of the merger between the SPAC and the private company essentially makes the private company public, so the company needs to be ready for the requirements associated with being a listed entity.

SPAC structures vary, although the majority of SPAC IPOs consist of a unit that combines a share of the SPAC’s stock plus a kicker, which is usually a fraction of a warrant to buy an additional share of stock. The SPAC unit trades like any other stock and an investor can buy or sell the unit at any time. Typically, around the 52nd day following the IPO of the SPAC, the SPAC can be traded either as a unit or as each of its separate components.i

NYSE SPACs range from small-cap to large-cap and NYSE SPAC sponsors have a broad range of expertise across sectors. One reason SPACs choose to list on the NYSE is because of our unique Designated Market Maker (DMM) model, which increases market quality. For example, in addition to having quoting obligations throughout the day, DMMs conduct auctions for SPACs. DMMs enable larger auctions at more stable prices, benefitting the SPAC issuer and its investors alike. This performance benefit is one reason the NYSE is the world’s premier exchange. 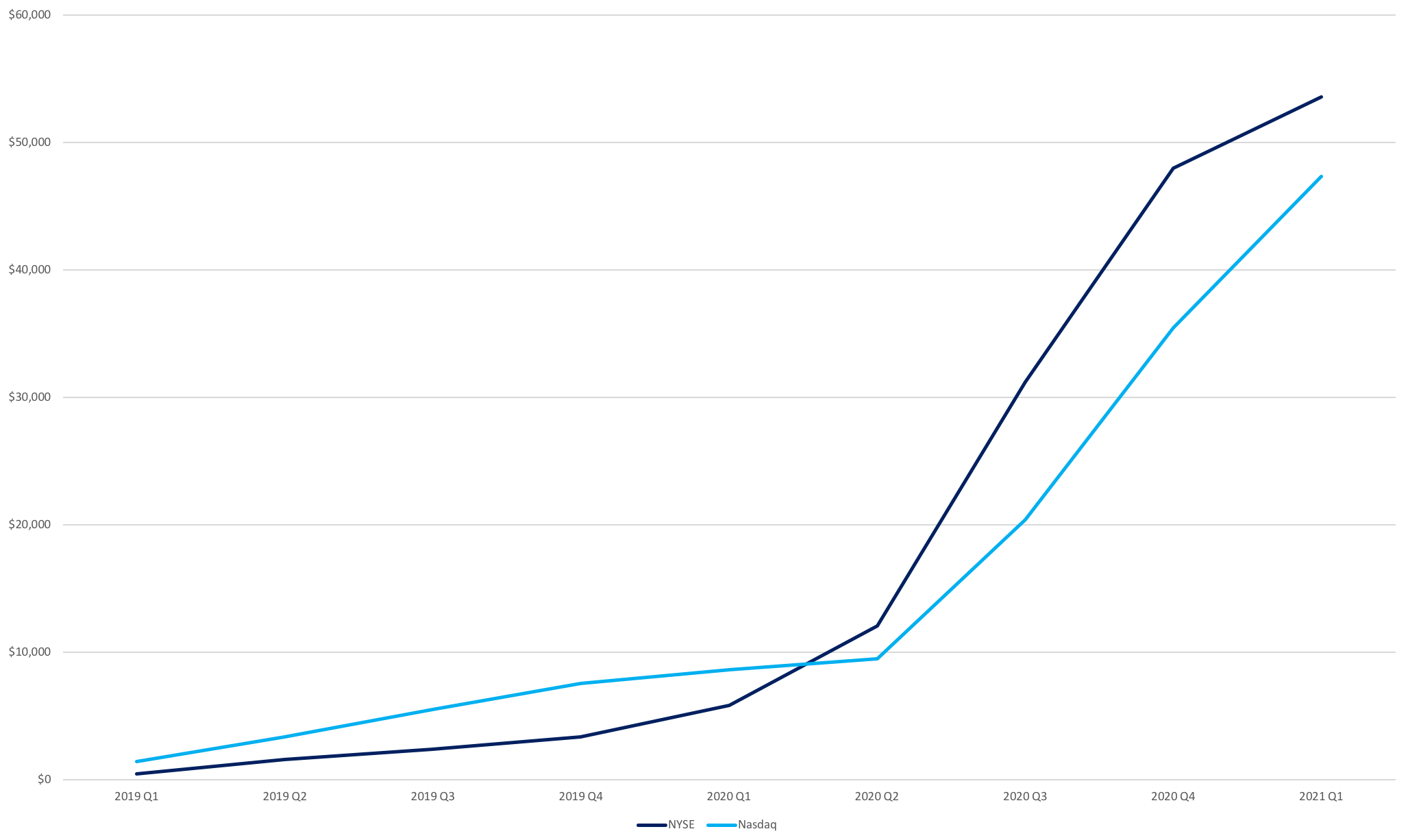 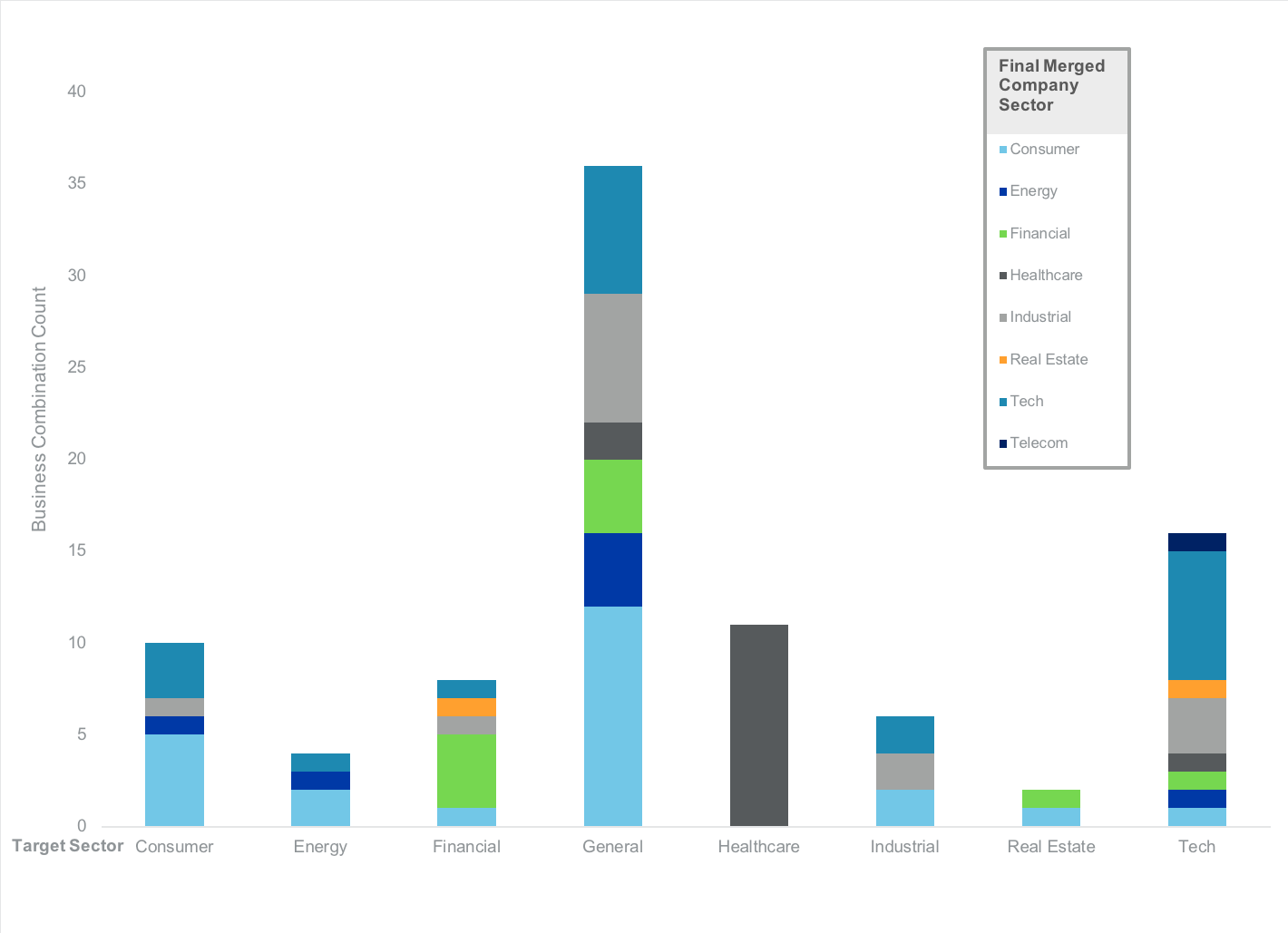 Although SPACs have existed for more than 20 years, it is only in the past two years that SPACs have become a popular method for a privately held company to become publicly traded and for investors to gain exposure to early stage single name growth opportunities. SPACs are now more likely to be larger and to merge with (or to utilize themselves) complex corporate structures. These developments increase trading complexity, making key trading events like initial auctions, where the NYSE has dominant expertise, vital to the success of the SPAC.

iiiAll issuance data based on SPACs IPOs since 2019. Price changes are based on any acquisition target announcements or mergers since 2019, including SPACs that had their IPOs in 2017 and 2018.