“Unprecedented” is an apt descriptor for our Options business in the first quarter. The period continued a record-breaking volume trend over the last two years, and here we review factors that defined the magnitude of Q1.

Over the last two years the options industry has experienced its highest recorded volume. This growth continued and accelerated in 2020, with record volume set in January despite a muted volatility environment. As volatility returned in late February and March, fresh records were set, including the two most active days for multiply-listed options with 40.3 million contracts traded on February 27 and 42.8 million contracts traded on February 28. 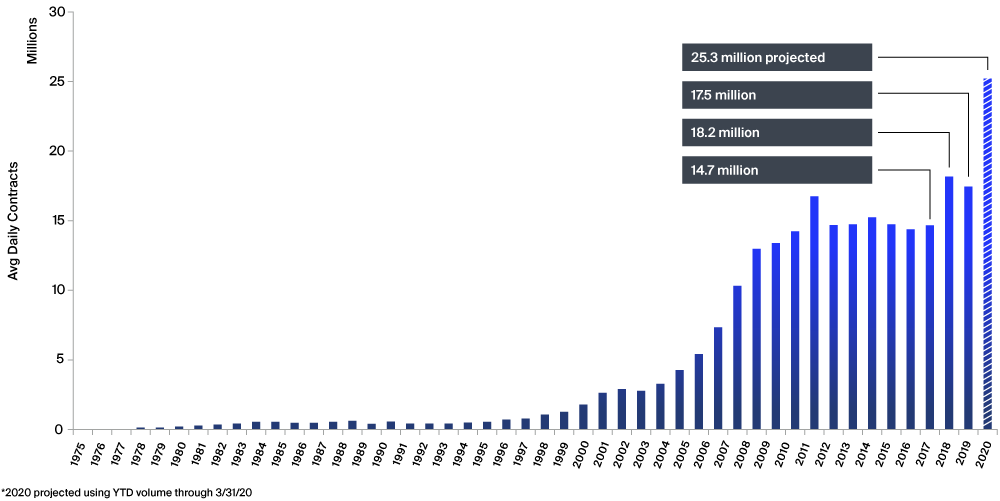 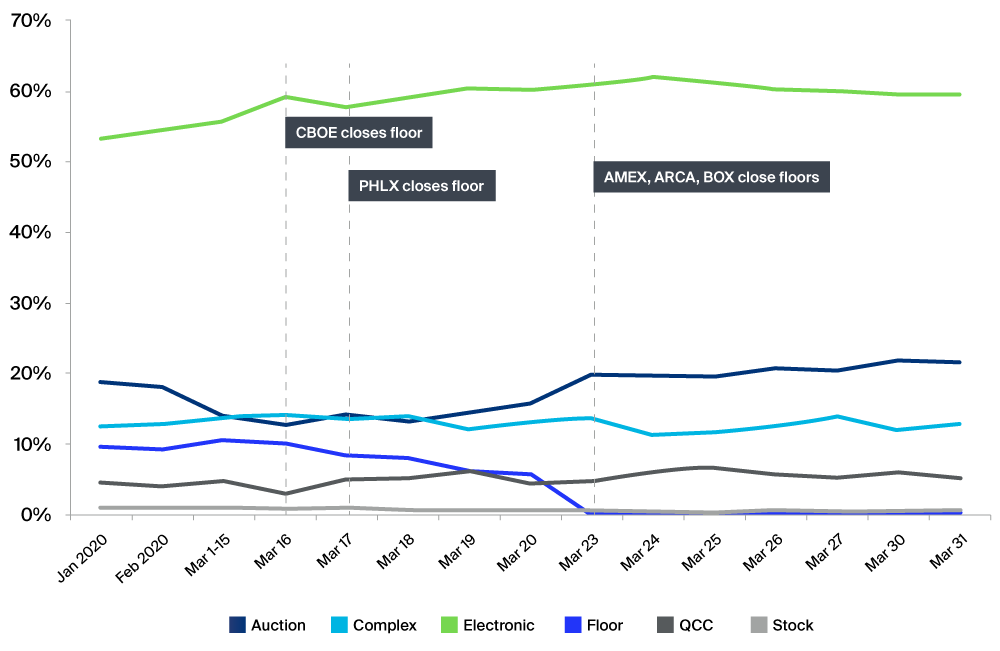 In March, the market experienced the most rapid bear market in history, triggering substantial volatility in both the options market and the underlying cash market. Historically, the speed at which volatility changes—the “volatility of volatility”—tends to have the largest effect on options market quality. 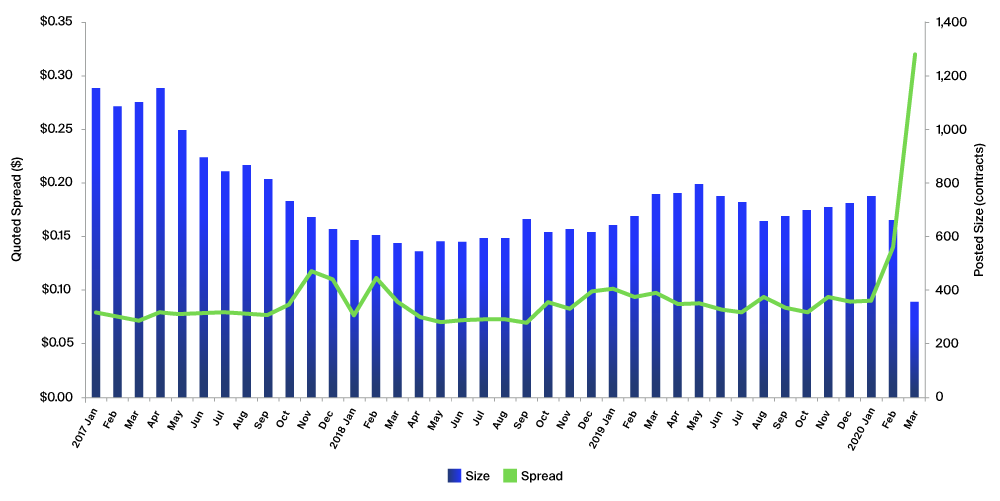 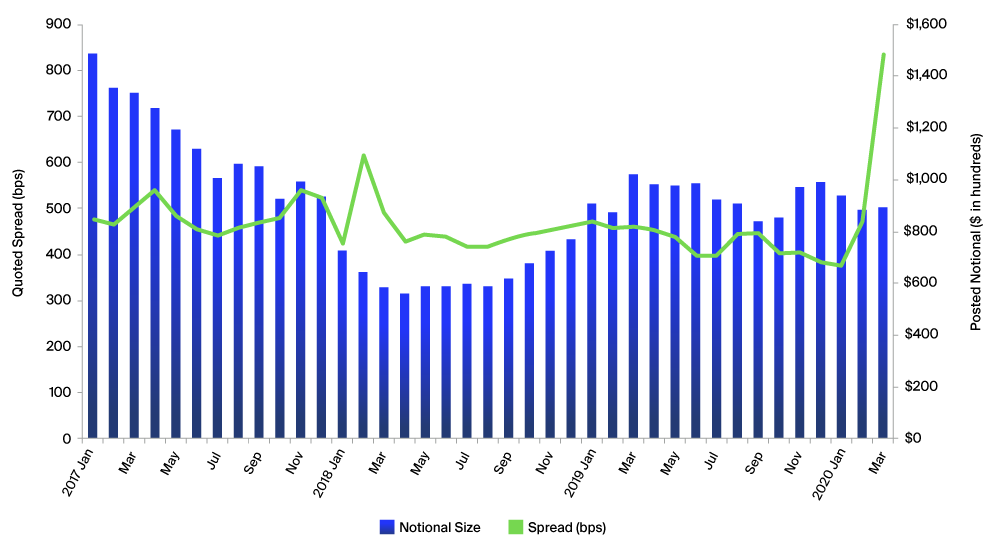 While it is somewhat surprising that average posted notional size remained relatively stable while quoted contract size declined, this trend serves as a reminder that, when analyzing these averages over time, the moneyness and maturity of options traded should be considered in addition to implied volatility. 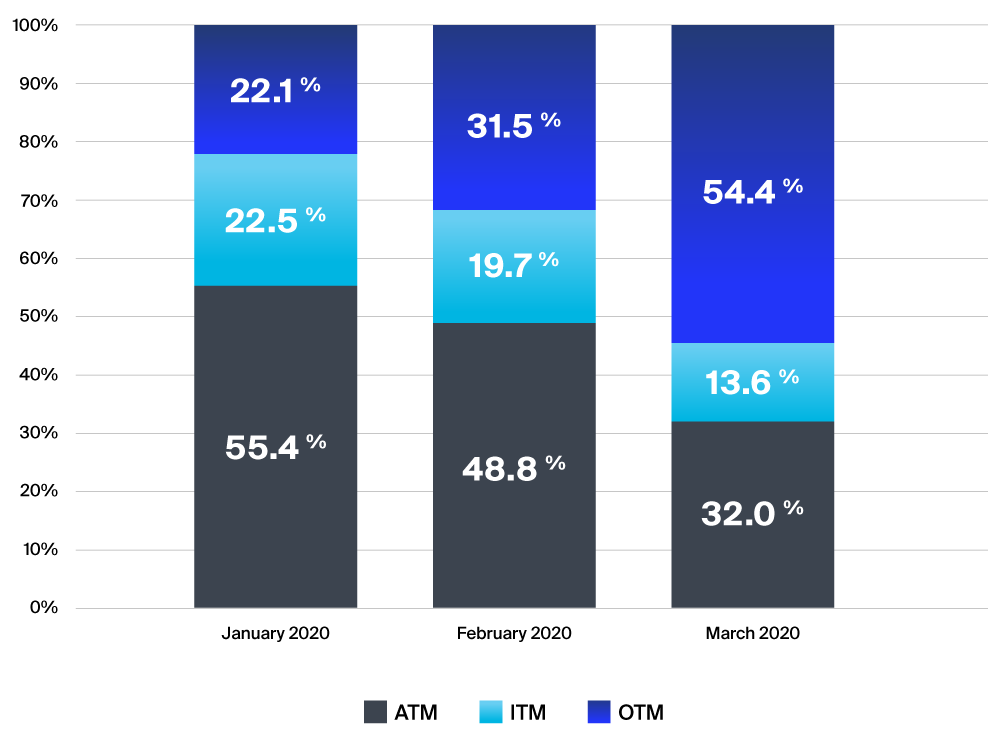 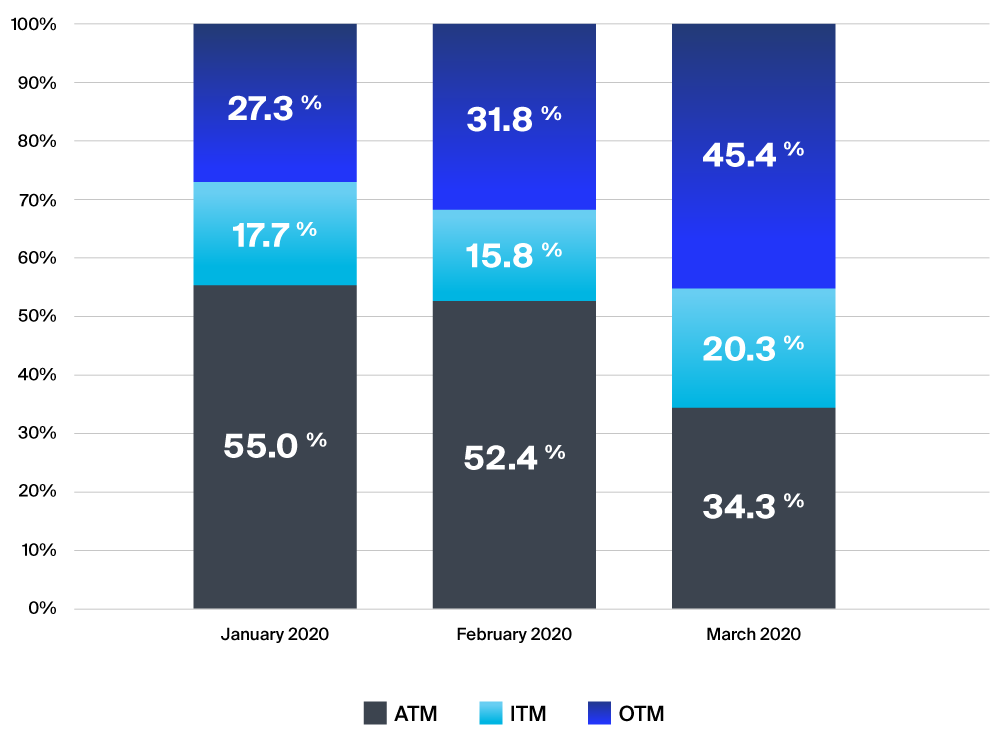 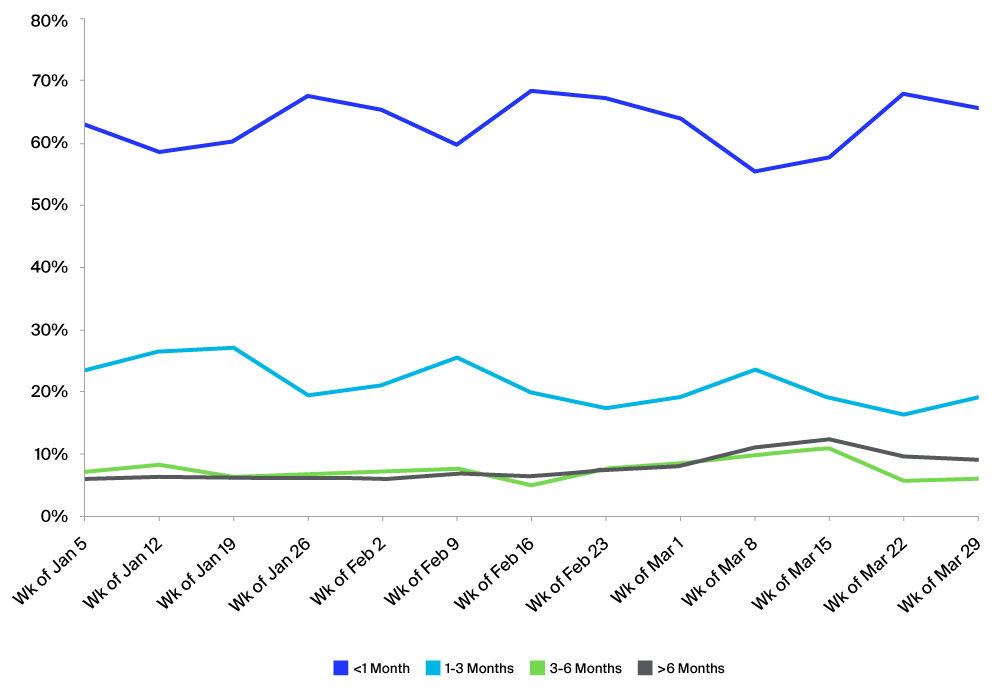 Q1 2020 saw extraordinary options market volume and the unprecedented temporary closure of options trading floors. Beyond the volume and volatility numbers, there were several market microstructure shifts that could impact execution performance. Importantly, market participants should monitor trends such as the quoted size in notional terms and the moneyness and term maturity of options traded.