One of the most familiar images of the NYSE on the evening news is the loud ringing of a bell, signaling the opening or closing of the day’s trading.

Trading floor bells are more than just a colorful tradition. They are critical to the orderly functioning of the marketplace, assuring that no trades take place before the opening or after the close.

The History of the Bell

Bells were first used at the Exchange in the 1870s with the advent of continuous trading. A Chinese gong was the original bell of choice. But in 1903, when the Exchange moved to its current building, the gong was replaced by a brass bell -- electrically operated and large enough in size to resonate throughout the voluminous main trading floor. Today, each of the four trading areas of the NYSE has its own bell, operated synchronously from a single control panel.

First, the Exchange had to identify the manufacturer of the bells -- a firm with which the NYSE hadn’t done business in more than 80 years. With some digging, the G. S. Edwards Company of Norwalk, Connecticut, was rediscovered.

However, when the NYSE officials explained that they wanted to purchase a new bell, measuring 18 inches in diameter and matching the old, representatives of the Edwards Company were astonished. It seems that neither Edwards nor any other company, makes bells anywhere near that large -- or loud -- today.

Along the way, too, came the discovery of a massive old bell hidden within the infrastructure of the NYSE. An electrical contractor, on hearing of the plans to upgrade the bell system, recalled how he had once seen a bell in the crawl space above the ceiling of the main trading room. The long-forgotten beauty -- a whopping 27 inches in diameter and covered with a thick coat of dust -- was removed and reconditioned. It turned out to be another 1903 original and is believed to have been buried in its resting place for half a century because it was simply too loud even for the Exchange. Toned down, it now gleams on a platform above the trading floor, patiently awaiting its recall to duty if the need ever arises. 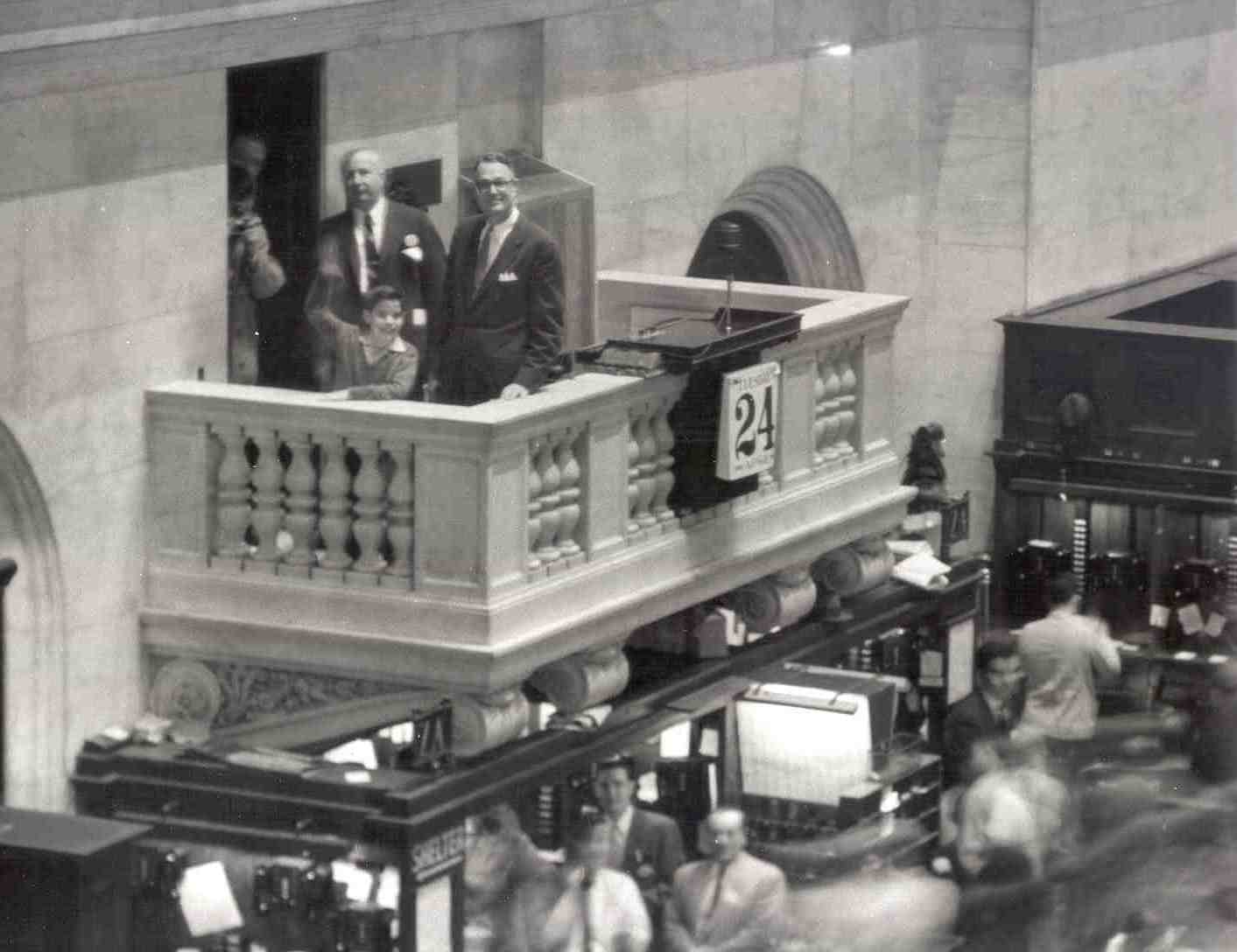