Can you "de-fragment" small cap trading?

The Treasury Department’s 2017 Capital Markets report recommended that “issuers of less-liquid stocks, in consultation with their underwriter and listing exchange, be permitted to partially or fully suspend UTP for their securities and select the exchanges and venues upon which their securities will trade.”

The argument for eliminating UTP trading is that the limited liquidity in these stocks could aggregate on one venue, reducing the friction associated with accessing a broad number of venues for a shallow pool of volume. However, many of these stocks are already highly concentrated on a small number of venues, so removing UTP trading may have limited impact on available liquidity.

We also measured market concentration using a standard economic metric called the Herfindahl-Hirschman Index (HHI).  This measure is 67% higher for the tick pilot group than S&P 100 issues when measuring share of liquidity provision by exchange at the national best bid or offer (NBBO). An HHI level above 2,500 is considered highly concentrated; less-liquid and active names are charted below against the wireless and supermarket industries to highlight the relative concentration in the quoting of these securities. 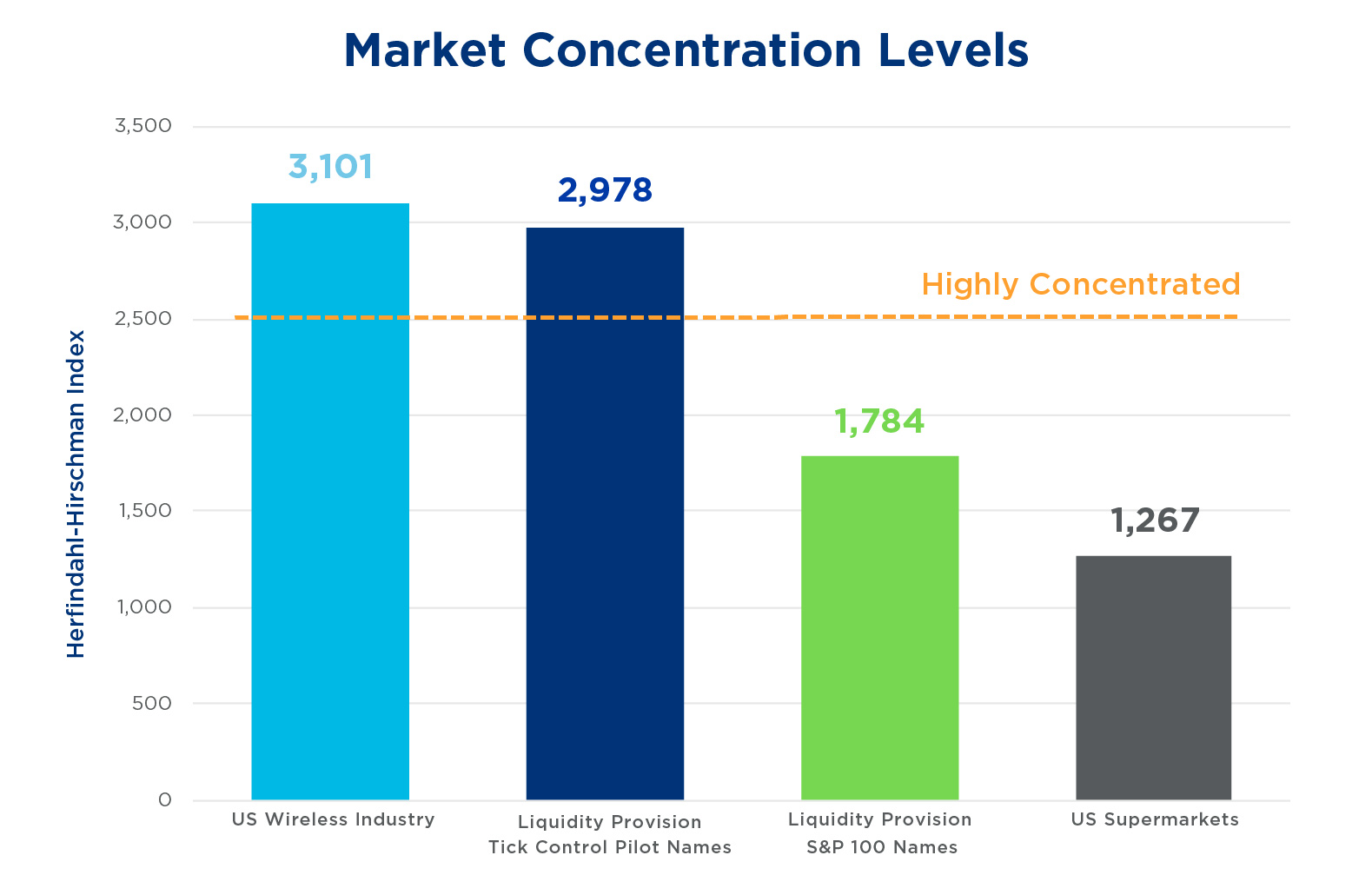 As shown above, primary listing venues already display a substantial portion of the quoted size in less-liquid names.  At the same time, off-exchange trading is significantly higher in these names relative to active names, meaning the primary exchange is providing more price information to the market but not receiving a proportionate increase in executions.  Aggregating displayed liquidity on a single venue, while allowing off-exchange trading to continue in its current form, could exacerbate this situation as queues lengthen and market makers have more incentive to trade off-exchange rather than compete to tighten spreads in the displayed market. We therefore believe that any such program to concentrate trading on fewer exchanges should be accompanied by rules requiring meaningful price and/or size improvement in the OTC market.


1We chose the control group, because securities in the test groups have seen a substantial increase in fragmentation as market makers seek to improve their queue position when providing liquidity.