Atlas Venture has been founding and financing cutting-edge biotech companies since 1993. The Cambridge, Mass.-based firm is now incubating companies that are developing solutions, from edited genes to reengineered cells, that can sound as though they could be lifted from science fiction. Atlas partner Bruce Booth, a PhD in molecular immunology, explained a few trends in the sector, the business model for curing patients, and why VCs are not focused on curing the common cold.

What’s the question you get asked most often as a VC?
Bruce Booth: Probably how we select our investments. We’re a very science-led firm. Unlike most VCs, we are exclusively focused on biotech. We mine academic and research institutions across the globe to identify the highest-potential scientific innovations, and then work with entrepreneurs to transform them into brand-new medicines with high impact potential for patients. If it’s just incremental, it’s not worth our capital or worth our time. Our investments primarily focus on grievous diseases — really devastating medical conditions that need effective treatments. Our mission is neatly summed up by the phrase, “doing well by doing good.” 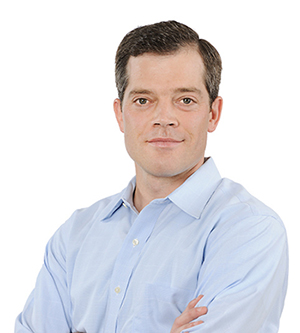 Apart from the science, are there particular business models you are drawn to?
Mr. Booth: We think it’s important not to squeeze a company into a particular model just because that’s your firm’s thesis. We research the science that companies are starting from and determine the best strategy. That could be a huge platform that will generate multiple therapies to treat a wide range of diseases, or it could be a hyper-lean, single-asset company focused on making one great medicine. Our portfolio is roughly split 50-50 across those models, with a few in between. And 80 percent of the companies we invest in are actually companies that we helped co-found, seed and incubate in our offices.

How do you deal with the risk of failure that is such a large part of biotech research?
Mr. Booth: There are many different types of risks in launching a company in any sector. I think with biotech, a lot of people focus on the science and technical risks. But there are other risks — financing risk, exit risk, regulatory and reimbursement risk, just to name a few. In our seed-led investment model, where we put a very small amount of capital forward at first and then tranche future investments, a big part of the early work is validating and “de-risking” the initial scientific thesis.

What are the biggest trends you are seeing in biotech investing?
Mr. Booth: The convergence of immunology and oncology — the idea of turning your immune system against cancer — has been really hot for the last five years, and continues to grow stronger. I’d also say gene therapy and gene editing are incredibly exciting areas. They create the possibility of onetime treatments that literally cure you for the rest of your life.

Curing diseases with a single procedure is a much different business than treating them. How does the business model work for these products?
Mr. Booth: This is a great question. The pharmaceutical industry is largely based on selling pills in a bottle, and that’s not what this is. So in many ways, this new wave of scientific innovation is going to have to be matched by a new wave of reimbursement innovation. One model is an annuity or a mortgaged-based policy that stipulates that as long as a patient remains cured, the company would continue to get some sort of annuity payment from the patient or the insurer.

What technologies are you funding that you are particularly excited about?
Mr. Booth: We are excited about a lot of our portfolio, but one example is an emerging company in the cancer immunotherapy field. They’re taking a unique track with a therapy that would take cells out of your body, reengineer them and put them back in to hunt down cancer cells. They have begun clinical studies now, and we have very high hopes for that company over the next 18 months.

Another company we co-founded and are backing is involved in taking probiotics — the bacteria that grow in your intestines — and engineering them to both detect and treat different illnesses. So you would take this pill that contains engineered bacteria, which then go through your intestines and find areas of sickness.

What ever happened to the search to cure the common cold?
Mr. Booth: With the common cold, which is generally driven by rhinoviruses, there is some work. But it doesn’t have the massive unmet need, compared with something like melanoma or breast cancer. We tend to focus on areas that have enormous unmet need that give us huge opportunities to really change lives.