Considering the millions of deaths they prevent each year, the impact of vaccines and antibiotics on the human race is incalculable. It’s safe to say that advancements such as Edward Jenner’s smallpox vaccine and Alexander Fleming’s discovery of penicillin have changed the course of human history. And today, science is on the verge of discovering an entirely new branch of epidemiological medicine — one that could lead to another giant leap forward in the treatment of a number of thus far incurable diseases.

The goal of Dr. Anil Diwan, co-founder of NanoViricides (NYSE American: NNVC), is not a modest one. If successful, his work will mean effective treatments for HIV, Ebola, rabies, hepatitis C, influenza, dengue fever and herpes, among other viruses. These are diseases that have bedeviled humankind for decades in some cases, millennia in others. How does he plan to tackle these notoriously difficult foes? By pioneering an entirely new way of treating viral diseases. 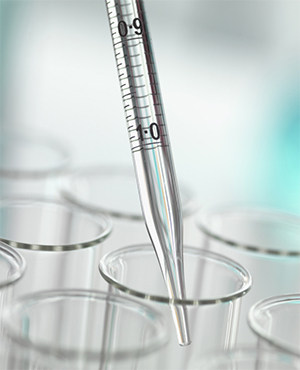 Conceptually, Diwan's idea is simple: create a medicine that neutralizes the virus in the patient’s body and can be administered after the patient has contracted a disease. Diwan came up with a theory for how this could be accomplished in 1992 and has spent the last two decades bringing his vision to fruition. “I started thinking about the interaction between viruses and cells,” he says, “and how we might be able to impact a virus’s life cycle.”

Traditional vaccines work by activating the body’s immune system. Patients are exposed to a weakened or dead version of a virus, which features its “signature” of surface proteins. When the body mounts its defense, it creates antibodies specifically targeted toward those virus proteins. The virus is added to the “database” of that person’s immune system, in the form of memory B cells. With the information in place, the immune system can effectively defend itself if that virus reappears.

But while vaccines have been effective for a wide number of devastating diseases (including smallpox, diphtheria, measles, pertussis, mumps, polio, rubella and typhoid), they are not effective for all viruses. Influenza mutates rapidly; its protein signature is constantly changing, making last year’s vaccination ineffective against this year’s strain. Retroviruses, such as HIV, are even trickier, injecting themselves into the genetic material of healthy cells and thereby making the virus invisible to the immune system.

Also, the vaccination method of disease prevention relies on the strong functioning of a patient’s immune system. Vaccines may not be effective for people who are weakened, and are of no help once a patient has contracted the disease.

The strength of the NanoViricides approach is threefold: It does not require the involvement of the patient's immune system; the medicines could be administered after a patient is already ill; and their effectiveness relies on a viral mechanism that should prove almost impossible for viruses to mutate away from.

While viruses’ protein signatures vary widely, they use certain common chemical “hooks” to attach themselves to healthy cells. “Think of the specific receptor, the protein that is on the on the cell surface, as a lock,” Diwan explains. Viruses gain entry to healthy cells by developing matching “key” proteins on their surfaces. Diwan’s nanoviricide medicines bind to the “keys,” neutralizing them and preventing the virus from attaching to healthy cells. “It essentially molds itself around the key,” he says. The receptors on our healthy cells do not change, so even if a virus mutates, it still needs to use the same key to get in. Diwan believes that this simple biological fact will make it extremely difficult for viruses to develop ways to evade his medicines.

Diwan’s method involves bonding these gummy “lock” chemicals (known as ligands) along a polymer micelle backbone. When these polymer strands are introduced into the patient’s bloodstream, they bind to the virus’s “key” sites. “They coat the virus like an oil slick on a leaf,” Diwan explains. Then, once the virus has been encapsulated, the body’s natural systems clear them from the blood as they would any other waste.

The results could be nothing short of astonishing. Flu, for instance, would instantly become trivial. “If we see the same thing in humans that we did in mice, it will probably work with a single dose, one pill and you’re done,” Diwan says. “If you start sneezing and shivering, you go to the pharmacy, take a pill, and go to work the next day like nothing happened.” It would also mean a revolution in the treatment of HIV, Ebola, hepatitis C and dengue fever.

However, the road thus far has not been easy. After Diwan had the initial idea for this class of drug in 1992, it took seven years to develop the process of attaching ligands to polymeric micelles. In 2005 he co-founded NanoViricides with Dr. Eugene Seymour. Their first targets were influenza and HIV. “We had immediate success against influenza,” he recalls. “The first substances we created were found to be tenfold better than Tamiflu in animal models. Now they are hundreds of times better.”

After initially going public through a merger, the company traded on the OTCBB until it was able to uplist to NYSE American in 2013. “Going public was critical,” Diwan says, noting that “uplisting gave us the bandwidth to raise the large amounts of money we needed for clinical trials.” Drug development costs can run as high as $800 million for a single drug; new drugs take an average of nine to 12 years to develop, and after development they take an average of 12 years to be approved for use. During that time, regulations can change, competitors can come to market, or drugs may simply fail to perform as expected. Since the 1980s, the drug approval rate has hovered around 20 percent. And even drugs that make it to market enjoy no guarantee of success, thanks to the industry’s “blockbuster” nature, by which 56 percent of drug sales go to just 10 percent of the drugs on the market.

These timelines and cost structures mean that new drug development is typically the province of massive, so-called “big pharma” companies that have large enough portfolios to offset the high cost of drug development. This is in sharp contrast to the go-go nature of most startups, where spending 22 years without a saleable product is an unworkable option. However, thanks to a lean operation (NanoViricides and its affiliates employ just 22 people) and the risk tolerance of the stock market, NanoViricides is now within striking distance of its goal. Though they have performed countless animal trials over the years, Diwan says that if all goes according to plan, the company could be in human trials with their new medicines within two years.

Once the fundamental action of this class of drug has been demonstrated, Diwan believes it will pave the way for other drugs they currently have in the pipeline. He’s been working on this so long, and has seen his creations work in the lab so many times, that it’s understandable for him to be eager to see them start helping humans. “When that happens in the field, that will be the most gratifying moment,” he says. “I hope it happens for everybody’s sake, not just the company’s."