As managing director of Shasta Ventures, an early-stage venture firm, Rob Coneybeer likes companies that arrive first, a preference that dovetails with his former life as an aerospace engineer and car engine tester. We talked to him about the high-speed world of venture capitalists.

What are the key metrics you look for when evaluating early investment opportunities?

Rob Coneybeer: There are two things that I look for: Is it an attractive market, and is it the right team to attack that market? Where it gets tricky is that a lot of the great markets today have never existed before. We look at a lot of the sharing-economy companies and a lot of the on-demand companies that are growing right now. Most of those are products and services that are completely new.

How is the on-demand economy shifting things?

RC: Efficiency. The on-demand economy lets you use your smartphone as a remote control for the real world. If I need a ride, I push a button on my phone and a taxi comes and gets me. Then I use that same phone for payment. With Doctor on Demand, I can launch the application on my phone and within minutes I have a board-certified physician on a live videoconference. GPS allows the app to source a doctor who’s licensed to practice in whatever state I’m currently in, and in most circumstances the physician can take action, including prescribing certain medicines.

What’s more important, a start-up’s metrics or its core idea?

RC: It depends on the market and the stage of the company. In some areas it may not be obvious, but metrics can show a strong market exists. Other times, a company’s idea and team are so strong that we invest in advance of proven metrics. Metrics always matter eventually, though. Late-stage investors view numbers as proof that a product or service is working in terms of growth and demand, product-market fit, and profitability.

What trends are you seeing in the venture capital world?

RC: Over the last three or four years people are being drawn to take-all markets and investing in the winner. Once a new market emerges and one company is perceived as the winner, valuations tend to skyrocket. So now, in many markets, it’s very important to be perceived as being the leader. It can make it much easier to tap into capital inexpensively at later stages.

Is being first to market still important?

RC: It is for hardware. Look at Fitbit Inc. (NYSE: FIT) and their huge IPO. When you define a new category, you have a chance to dominate it. They came very early into the fitness tracker market, they defined the market, and they’ve dominated distribution. There’s a phrase I’ve heard: “It’s best to be last.” But if you’re first and you lock up the market, then you can also be last.

When you make an investment, are you typically looking for the company to have an IPO or get acquired?

RC: Every company that you back should be built as a stand-alone company, because you can’t count on an acquisition. Still, the math suggests that the vast majority of investments that successful venture capitalists make will be in companies that will be acquired.

How do the capital markets affect venture capitalists? Does a market meltdown in, say, Greece have any impact?

RC: We invest in companies with a five-to-ten-year time frame, which means the capital markets have less direct impact on our day-to-day. At the later stages, though, when people are thinking about exiting within a two-to-four-year time frame, the public markets become far more important. But since we have no idea what the markets will be doing 10 years down the line, we don’t spend a lot of time thinking about it. 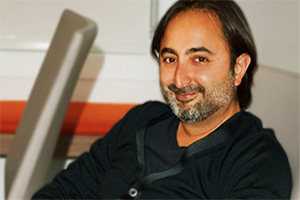 Over 18 years e.ventures co-founder Mathias Schilling has seen his company expand to five locations managing five localized funds. We talk to the worldly VC about the joys and pitfalls of international investing. 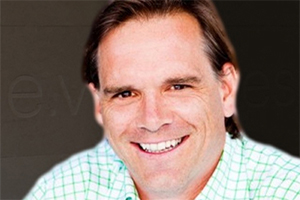 Since 2009, Idea Bulb has made a name for itself as an early stage investor in a wide range of tech start-ups. We spoke with Ricky Wong about Idea Bulb's evolution and his view of the current venture landscape. 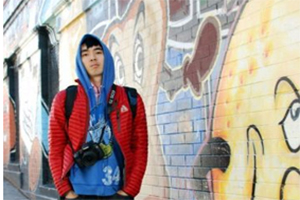